Rabbi Joe Blair is delighted to be chosen and looking forward to serving as the rabbi and spiritual leader of Temple Israel in West Virginia. In this role, he will serve the congregation, and be available to the Jewish community in the Kanawha River basin, and the larger community in the region.

He was selected to be one of eighteen rabbis nationally to participate in the sixth cohort of the STAR PEER program, which assisted him in honing his skills and directing his energies, which makes him one of the one hundred and sixteen rabbis nationally who engaged in this exclusive training program.

He serves as a principal, the administrator, webmaster, blogmaster, and a panelist for the Jewish Values Online project (www.JewishValuesOnline.org). He serves as an instructor and Dean of Administration for the Gamliel Institute, the leadership training and educational arm of the national organization, Kavod v’Nichum (www.jewish-funerals.org), in addition to being a member of the Board of directors.

Rabbi Joe’s vision is to help build up, nurture, and nourish a strong, vibrant Jewish community in West Virginia, and to be connected to and support the larger community in the local area, regionally, in the state, nationally, and outward into the world.

Rabbi Blair was raised in Fairfax (Northern Virginia). He attended the University of Virginia for his Bachelor of Arts and Master of Computer Sciences degrees, then went on to attend the Marshall-Wythe School of Law at the College of William and Mary. He and his lovely wife Karen settled in Northern Virginia, and lived there for about fifteen years, during which time Rabbi Joe worked with computers for a variety of consulting, high-tech, and telecommunications firms after a very brief stint as a general practice attorney. They were blessed with a wonderful daughter who is married, and he is delighted to be the grandparent of a grandson and two granddaughters.

During the years living in Northern Virginia, Rabbi Joe became increasingly involved in the life of his local congregation and the larger Jewish community. He found himself wanting to deepen and broaden his service to the Jewish community and to increase his Jewish knowledge. After long consideration, he decided to attend rabbinical school. He attended and graduated from the Reconstructionist Rabbinical College (RRC) in Philadelphia, concluding his schooling in 1996, when he earned a Master of Hebrew Letters degree and was ordained.

During his five years of rabbinical studies, Rabbi Joe held several pulpits, taught in Religious and Hebrew schools, offered adult education classes, served on the editorial staff of the Reconstructionist Prayerbook Commission, and edited numerous publications, as well as authoring and contributing materials to a number of books and publications. Upon graduation from RRC, Rabbi Joe re-entered the academic world as Executive Director of the Duke University Hillel Foundation. After three years at Duke (during which time the Freeman Center for Jewish Life was built and dedicated), Rabbi Joe was recruited to return to his alma mater at the University of Virginia, serving at the UVa Hillel Foundation as Executive Director. Rabbi Joe, Karen, and their daughter took up that challenge, happily moving to Charlottesville with their five extremely eccentric dogs. They continued to reside there with their six dogs until the recent move to West Virginia.

Rabbi Joe served as an Executive Director for Hillel Foundations for approximately five years. He loved programming, teaching, and working with the students, and found it deeply rewarding, but did not thrive on the increasingly administrative and fund-raising role that was thrust upon him. Regretfully, Rabbi Joe chose to end his association with the national Hillel organization. Although Rabbi Joe officially left the Hillel organization, he continued to serve as a rabbinic adviser to the Hillels at Washington and Lee University and James Madison University, and made himself available to work with students.

He was employed as a Legal Analyst at LexisNexis Law Publishing (formerly the Michie Company, a division of Matthew-Bender, a subsidiary of Reed Elsevier) for almost two years prior to coming to the congregation as rabbi. During this time, he was also active as a part-time copyeditor, proofreader, and indexer for a variety of Hebrew-English publications, including the Hebrew-English Tanakh published by the Jewish Publication Society (JPS), several volumes in the series on the Talmud by H. Gamoran, and a twelve volume series translating the Zohar, edited by Daniel Matt.

Bikkur Cholim: If you wish for yourself or a family member, or if you should hear or know of anyone who is ill, hospitalized or shut-in, or who might otherwise wish a visit or call from the rabbi, please email or leave a message on his cell phone. Messages are checked frequently, and responded to .

Other Lifecycle Events: You may also contact Rabbi Joe with regard to other lifecycle events such as Brit Milah (Circumcision and Welcoming of a son), Brit Bat (Welcoming of a Daughter), Weddings, Bar or Bat Mitzvah (Celebration ritual for a religious coming-of-age ceremony), funerals, and so on. There is no honorarium expected from members of the congregation for such ritual events; non-members may inquire about the current guidelines.

Office Days and Visits: Rabbi Joe is available to meet by appointment. There are no fixed office hours. Please email or call to arrange a time to meet so that he can focus exclusively on the conversation with you. Messages are checked regularly, and answered as promptly as possible.

You may also contact Rabbi Joe to discuss presentations on Judaism to Church groups, Youth Groups, Civic organizations, school groups, and other community groups and organizations. 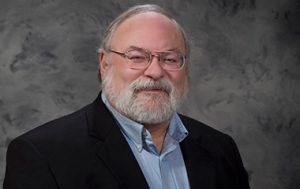